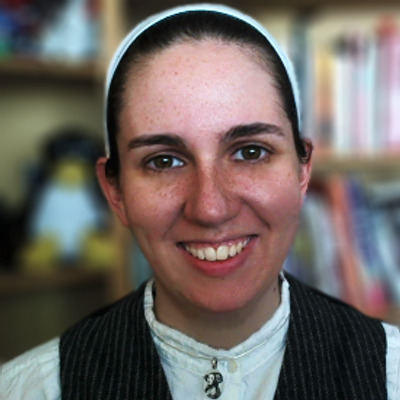 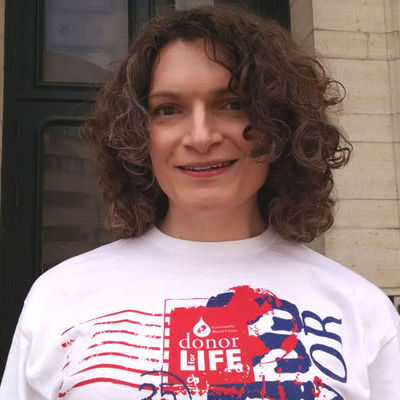 Developers Annalee Flower Horne and Catherine Devlin worked together on a project to make it easier for small businesses to participate in the Department of Defense’s Small Business Innovation Research Program (SBIR-EZ.)

Annalee and Catherine frequently pair program when writing their code. When developers pair program, they work together on one screen. One developer writes the code, while the other reviews each line of code as as it’s written and offers helpful suggestions while checking the code for errors.

We asked Annalee and Catherine to talk about how they pair program and why they find it useful. Naturally, they did the interview together.

Melody Kramer: Could both of you talk about what pair programming is, and what benefits you get from pairing with each other?

Catherine: “Two brains, one keyboard.” We spend a portion of the workday programming as a pilot and co-pilot, occasionally switching roles. It sounds counterintuitive — won’t you get half as much done that way? — but programming is always limited by our understanding, not speed of typing. A second perspective can cut through problems that could frustrate a single programmer for hours.

Also, pair programming is naturally a communication activity. We need to explain each suggestion and each choice to each other as we go, which helps us clarify our thoughts and clarify the code that we’re writing.

We live in different places, so we’ve needed to put some special effort into the mechanics of remote pairing. I’m not sure we’ve settled on our perfect environment yet, but we’ve found a few systems that allow us to work well together, despite our geographic distance.

Annalee: Developers have a joke about “rubber ducking” code, which comes from a story about a teacher’s aide who made students explain their problem to a rubber duck before they could ask the aide for help. Usually, in the course of explaining the problem to the duck, they’d figure out the solution.

A lot of programming problems are like that — the hardest part is defining the problem. When pairing with someone, you and your partner are each others’ rubber ducks. As Catherine says, it really helps clarify our thinking, which in turn clarifies our code.

The other advantage for me is that pairing really helps keep me on task. It’s easy to get distracted when you’re coding, because in the course of solving one problem, you’ll run across other things that can be fixed. When you’re with a partner, it’s a lot easier to say “Okay, we agreed we were going to work on X, so we should stay on that, and take a look at Y and Z later.”

MK: What do you use to make the distance easier?

MK: Was there a learning curve when you decided to try this?

Annalee: I mostly learned to code by pairing. When you’re learning programming, there’s a big gap between finishing up a programming class and actually being ready to dive in on a real project, so I was always looking for people to pair with. I tend to think of pairing as a process that helped flatten out the learning curve on programming, rather than it being a learning curve of its own.

With distance pairing, I wouldn’t say it was a learning curve, but we definitely had to figure out a technical setup that’d work for us. The first few times, it took us quite a while to get set up before we could get to work.

Catherine: Aside from the remote logistics problems, my only real learning curve was an ego one — learning to stop worrying about what somebody would think if they saw the stop-and-go, blunder-rich path my coding actually follows! Once I got the courage to actually sit down and do it, it turned out to be a very natural way to work.

MK: Does it ever make it harder because you pair program?

Annalee: I can’t think of a time when pairing has made a task more difficult. For me, it almost always makes tasks easier and faster. That’s surprising to me, because I’m a huge introvert. If someone had told me before I started coding that I’d be at my most productive when working line-by-line with someone else, I’d have laughed.

Part of that is probably learning how to pick good tasks for pairing. It’s not the right choice for every task.

MK: Are there certain tasks where it doesn’t make sense to pair?

Annalee: For tasks where the problem is very well mapped out, it can be easier for one of us to just fix it rather than waiting for the other person to be available to pair. If you already know the solution and the other person’s not going to learn anything from being walked through it, there’s no reason to schedule it for pairing.

The other end of the spectrum often isn’t good for pairing, either — where a problem is way too undefined to start work yet. Sometimes it can help to refine the problem together, but sometimes it’s just that someone needs to do some research. It doesn’t take two people to read a manual, and reading it out loud to each other isn’t going to make it go any quicker.

There’s a goldilocks zone in the middle, where a problem is ready to be worked on but not yet solved. We usually hit it after one of us has tackled the problem and gotten stuck.

MK: If someone wanted to try this, how would you recommend getting started?

Catherine: If none of your coworkers are interested, ask at your local programmers’ user group — they should have heard the buzz and be curious to try. If there’s a large experience difference between the two of you, the least experienced programmer should be the one on the keyboard — at least until you both appreciate the process enough to resist the temptation for the veteran to zoom along while the newbie tunes out.

MK: Do you have any rules that govern the rules of the pair programming relationship that you follow? For instance, Greg sits on his hands when he’s in the co-piloting position.

Catherine: We noticed that we burn mental energy faster while we pair, so we semi-formalized an expectation not to do more than an hour or two at a time before returning to solo mode for a while. We also keep talking about what we’re doing, and why, while we’re doing it. That’s part of what brings the benefit — it makes reasoning explicit, putting everything to a real-time “Zen of Python” test (“If the implementation is hard to explain, it’s a bad idea”).

There’s a pattern here — we haven’t really needed to make our practices into rules. Talking about what you’re doing, saying goodbye when you’re exhausted — these unspoken expectations of social interaction are actually good rules for pairing, too. Perhaps more adventuresome cross-cultural pairing would call for more explicit rules.

Pair programming is not for everyone. The sharing and teaching involved in pair programming helps us describe what we’re coding to agencies throughout the government in addition to improving the skills of our team members.