The 90 or so kids who took part in the General Service Administration’s Take Your Daughters and Sons to Work Day on April 29 had a really busy day.

By the time they made their way to 18F for a coding bootcamp, they had already attended events like making kites with the Art and Architecture Program within GSA’s Public Building Service, building architectural models out of Legos, and visiting electric cars from the GSA Fleet.

How could we impress them after that? Turns out, it was kind of hard.

“Coding isn’t a new concept for kids anymore,” said Elaine Kamlley, a developer at 18F who helped organize their visit. “Most of them who sat down to code with us said they played these games in school before.”

Who was more impressed? Their parents, who work at GSA and accompanied their kids through the 18F space.

“Parents were learning with them,” said Kamlley. “One kid did not get up from his chair and every time he got a problem right, he did a little dance in his chair and then his mom would celebrate with him.”

Kamlley used the Hour of Code activities on code.org to teach both kids and their parents some coding fundamentals.

“A big highlight for me was seeing two little girls who were pair programming: one was on the computer and the other would write down the instructions,” Kamlley said. “They would think through the problem together. 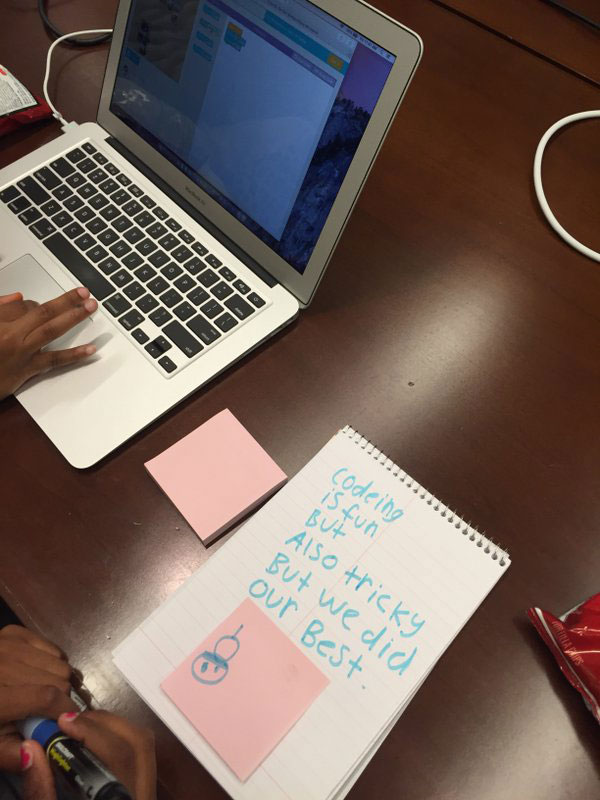 “Codeing [sic] is fun, but also tricky but we did our best.”

It’s a motto we also ascribe to. Thanks for visiting 18F!

“Delivering the next generation of digital government”