This spring, the eRegulations Notice & Comment team began building out a new feature set for the platform — adding the ability for agencies with proposed regulations to show the public more precisely the changes being proposed and allow agencies to receive more granular, contextual, and better-organized comments.

One of the challenges we wrestled with was how to share our work out frequently and openly with the dozens of interested parties, while not making that a blocker in focusing on our work of doing many demos for the many different parties interested in and informing our work.

With half a dozen agencies interested in this minimum viable product pilot and several dozen individuals across those agencies and time zones, scheduling a time for sprint demos that worked for everyone was a nightmare. Also adding to the challenge was many agencies have strict IT policies locking down their computers around what websites and applications they can use — especially for teleconferences. Most agencies only have access to one or two options approved.

So we explored some options and landed on a creative option — livestreaming our demos through a video website that is accessible by most government agencies, doesn’t require extraneous plugins to operate, allows you to easily stream, but also automatically creates a viewable file afterwards at the same URL. YouTube is widely accessible behind government firewalls, and has useful functionality for both presenters (Hangouts On Air, an enhanced version of the video chat program) and viewers. After mistakenly launching and ending the first live attempt before it was supposed to go live, we learned how to use the tool, and it really helped us share information across many agencies, teams, and individuals. We’re also excited about this serving as an archive of our work. 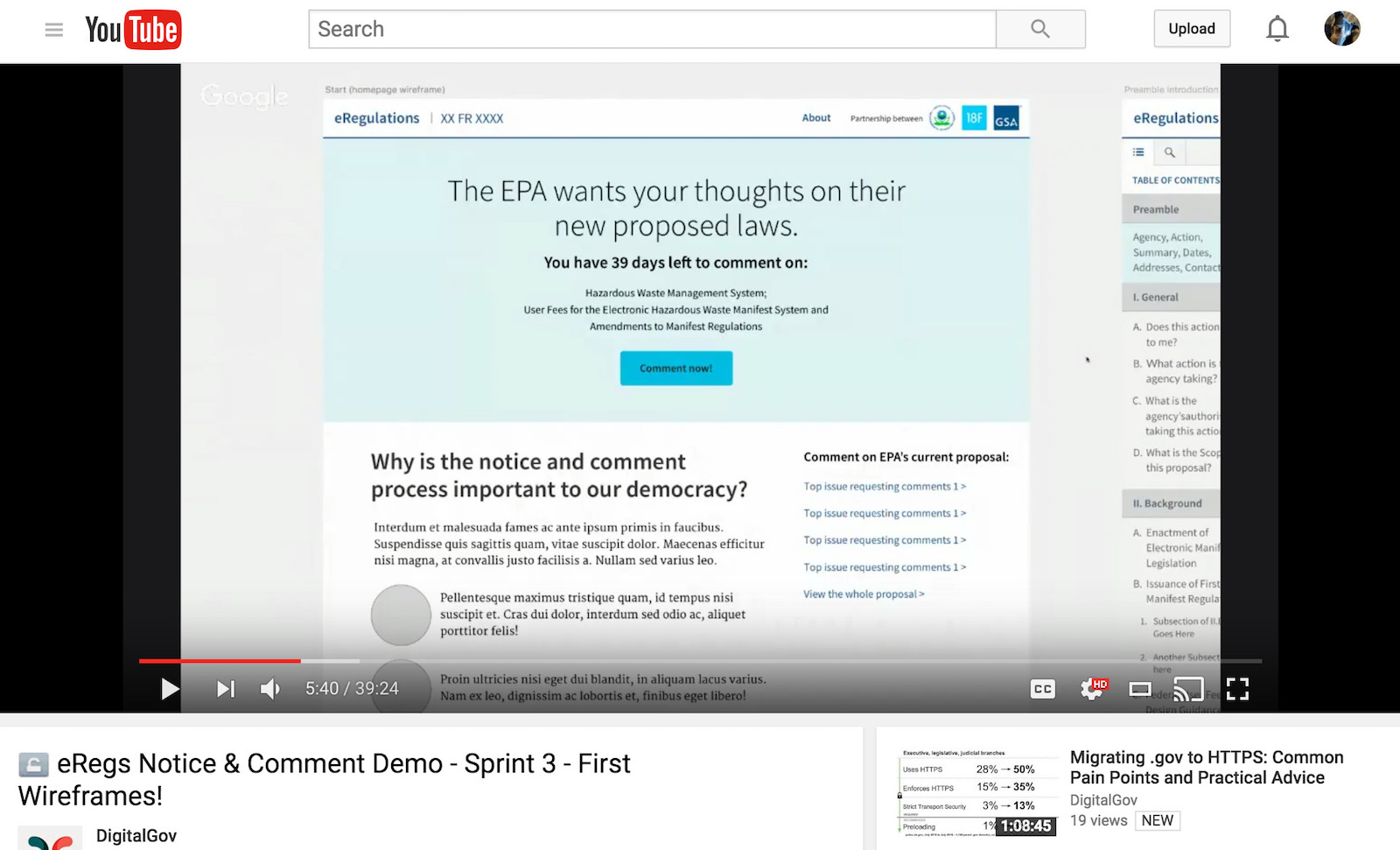 Major lessons and benefits that made this work:

Pro tips for presenting on a live stream using our method:

Here are some examples of our demos to give you a feel for what we produced and were able to share (the first run was a little rough, but each time we learned more and got faster in the time it took us to prepare this presentation as well as familiar with the platform for presenting):

Special thanks to the DigitalGov team, and specifically Janelle Thalls, who helped us with the streaming account and initial setup and to the EPA eManifest and Regulations.gov teams for their partnership on this pilot project.