Whether you’re an individual donor or a Senate candidate, the rules that apply to raising and spending money in federal elections are as intricate as they are important.

The Federal Election Commission (FEC) has been working since the 1970s to clarify these rules, and today we’re thrilled to announce the first major content launch of betaFEC: a guide to registration and reporting that makes intricate information easier to understand.

Our betaFEC project is a planned redesign of the FEC’s web presence, and we’ve been launching new features in phases. In July, we released the FEC’s first API. In October, we announced the beta release of a new data site.

By law, federal candidates must register with the FEC and make regular campaign finance reports— reports about how they raised and spent funds. The FEC then releases this information to the public, which helps them make informed voting decisions.

Today’s release centers around that registration and reporting process; candidates and people interested in learning about them can use the new section to better understand the who, what, when, how, and why of candidate reporting.

The FEC has already released an immense amount of guidance on this topic. With the help of dedicated subject matter experts, we looked at the existing content and condensed it for today’s release. We started with about 16,000 words. What launched today is fewer than 4,000.

Site visitors can read about registration and reporting as well as view the different types of registrants — including candidates, political action committees (PACs), and corporations — all from a single landing page.

This launch also includes a checklist of essential information for candidates and their authorized committees. The step-by-step guide explains how to register a candidacy, how to file regular financial reports, and more.

Eventually, we’ll launch an essentials checklist for every type of FEC registrant. 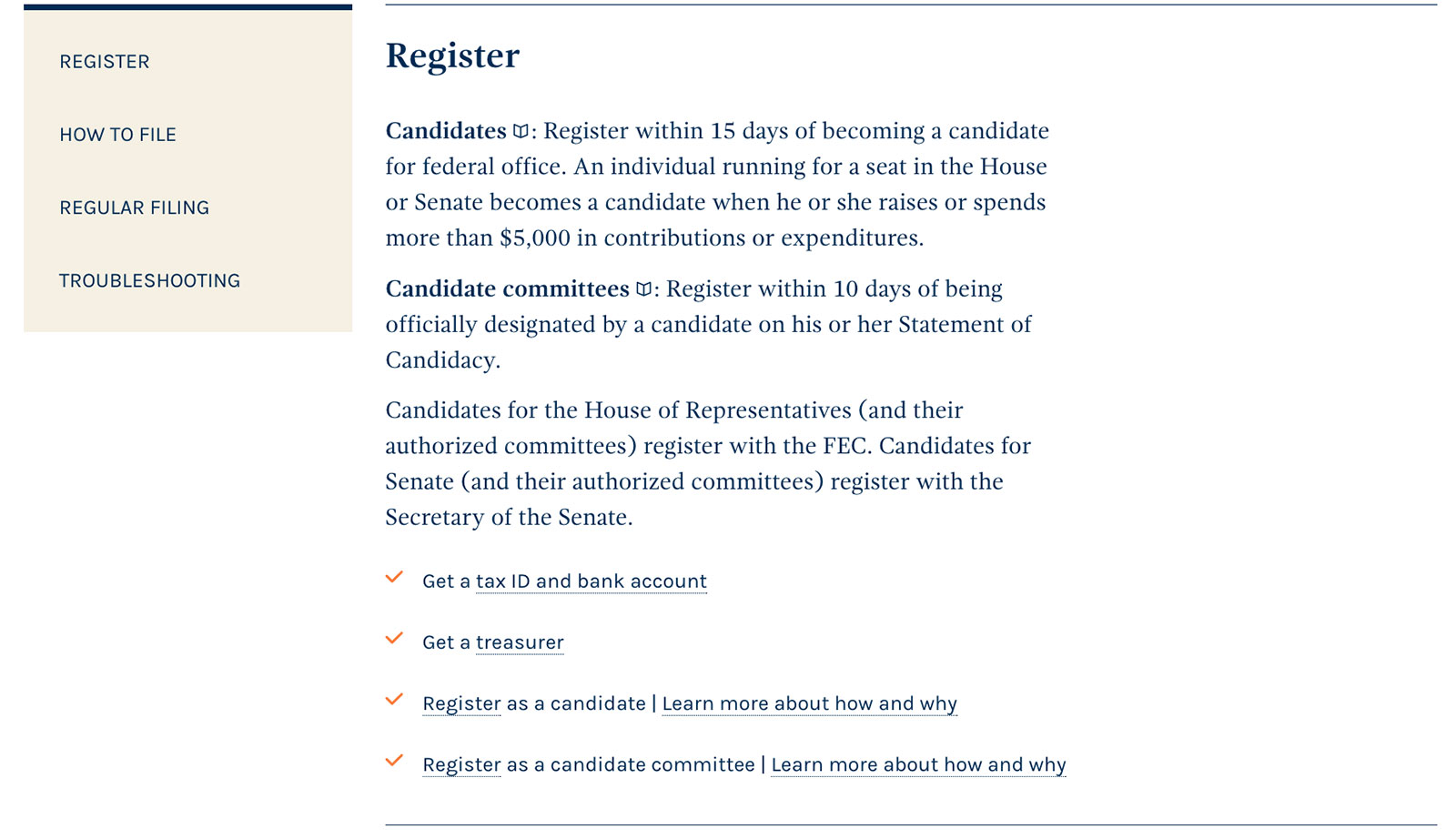 Plain language was an important goal for this project. It lowers the bar of entry for readers — we don’t want folks to need a lawyer just to clarify the most basic campaign finance information. We also wanted the site to be a resource for journalists and researchers looking for background information.

Because of the intricacy of campaign finance law, we had to keep some technical language in our content. For example, an individual isn’t the same thing as a person. And a contribution is different than a donation.

Even so, we didn’t want our readers to get lost navigating the site. A glossary tool allows readers to click an icon next to legal terms and read the definition. 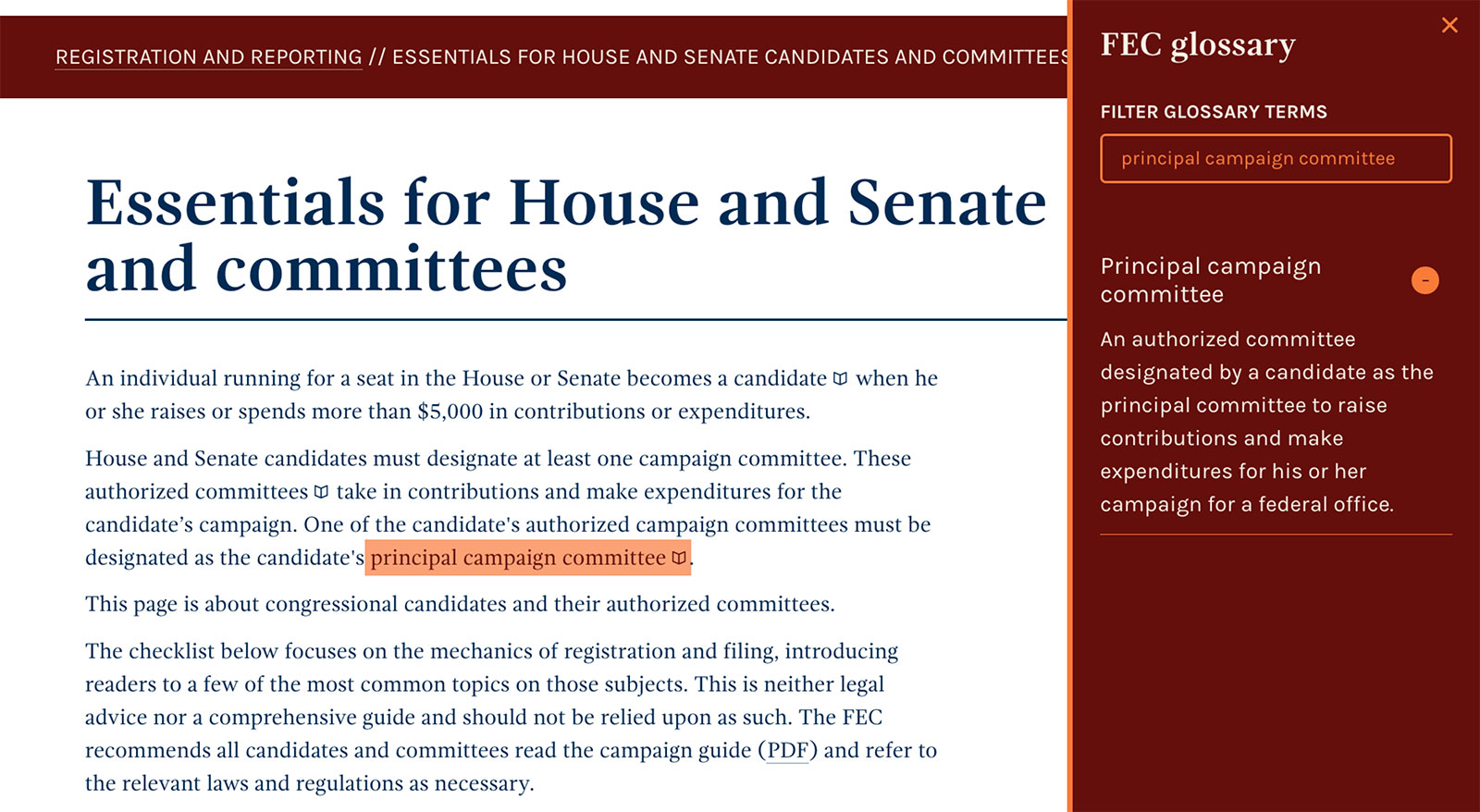 What folks are saying

We’re happy to report that usability testers have had an overwhelmingly positive reaction to the new content:

We’re not done yet

This is just the first iteration of the first piece of content — we’d love your feedback and suggestions for improvement. File an issue or send us an email.

“The Agile BPA is ready to launch”