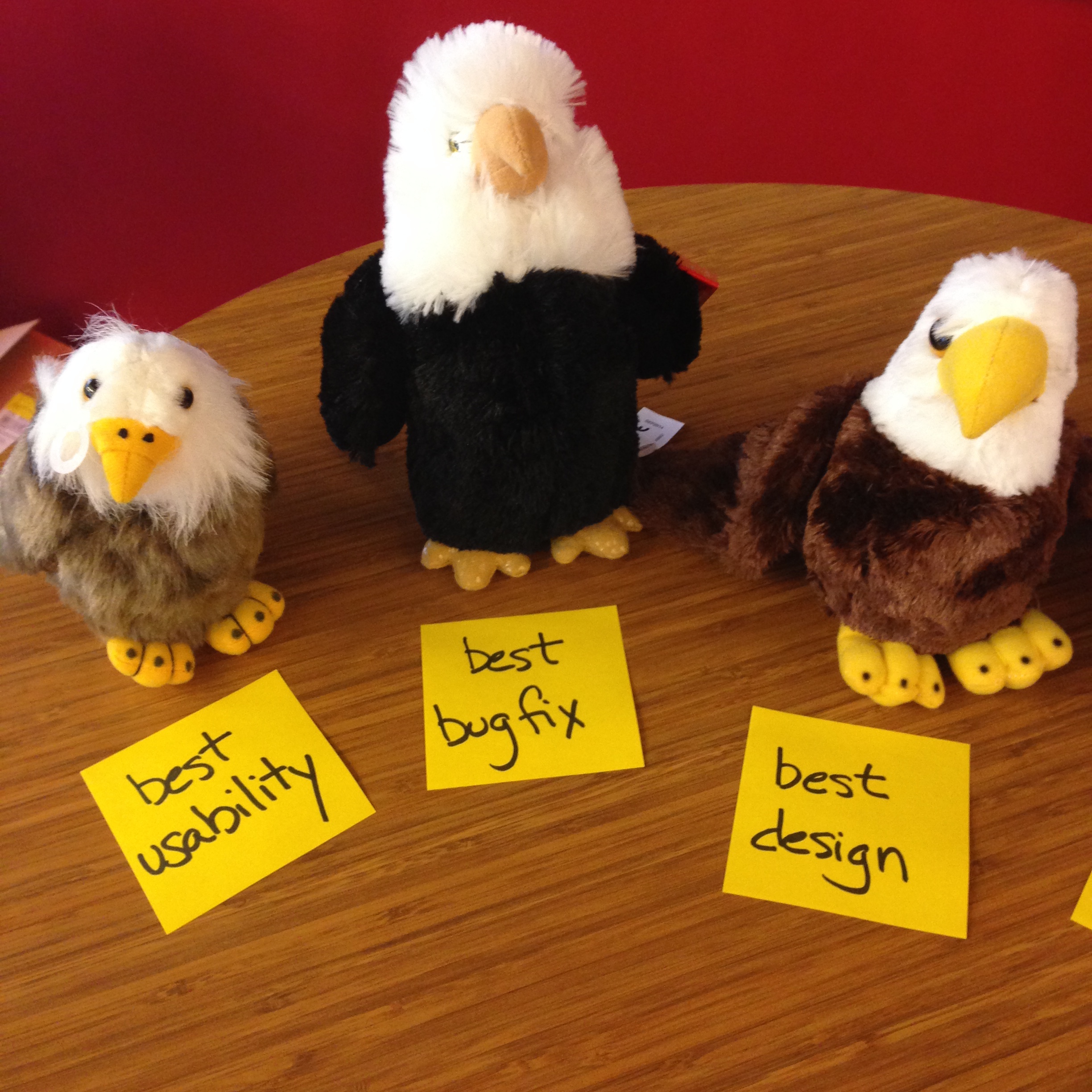 On a recent breezy San Francisco evening, groups of developers, designers, marketing folks, and others convened for GovTechHack — a hackathon for civic good. The event’s premise was simple: To bring together people interested in improving the accessibility and transparency of federal digital resources for a two-day work session.

Led by Cat Posey’s Tech Superwomen and hosted by Capital One, the event was also supported by a coalition of nonprofits: Code2040, the Anita Borg Institute, Code for America, and the Presidential Innovation Fellows Foundation. More than 75 individuals came prepared to share their time and skills in the name of civic improvement, and their achievements were nothing short of remarkable.

18F supported the event by identifying the open source projects to be hacked. These projects’ contributors were on-hand during the hackathon to answer questions, and also made themselves available before and after the event to answer questions and accept pull requests. We at 18F would be delighted to collaborate with any group looking for a way to contribute — you can find us and other active open source teams on government open source email list. 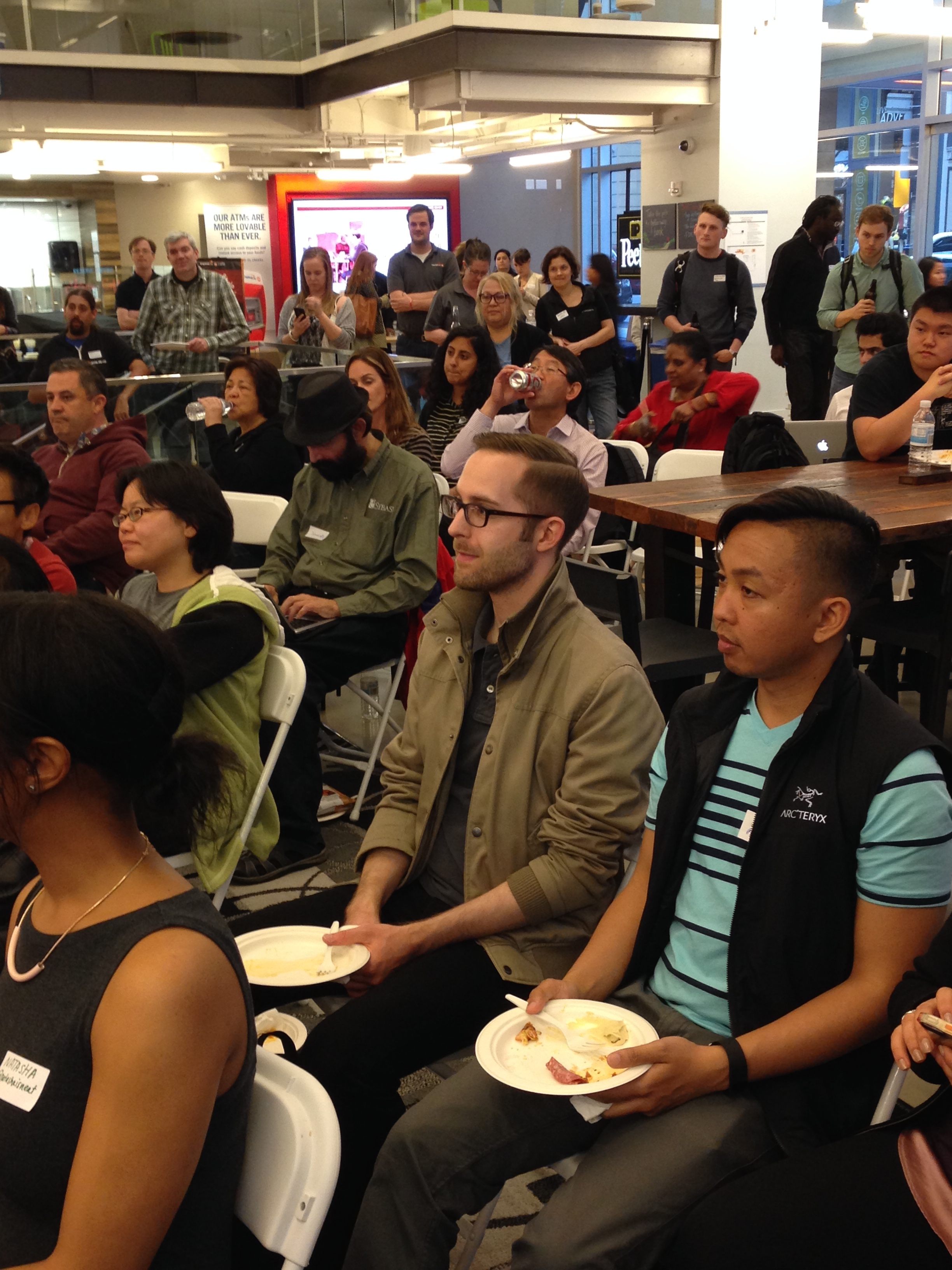 Day one: The two-day event kicked off on a sunny Friday evening. Participants arrived promptly at 6:00 p.m., which gave them plenty of time to get settled and introduce themselves to their fellow hackers.

Around 6:30, the evening’s kickoff presentation began. Former Presidential Innovation Fellow and current 18F team member Sarah Allen introduced the event and fellow speakers. Cat Posey shared her inspirational story of how she found community in tech, and Jazmyn Latimer described how she transitioned from psychology to the tech world — and how she finds inspiration in working for Code for America. 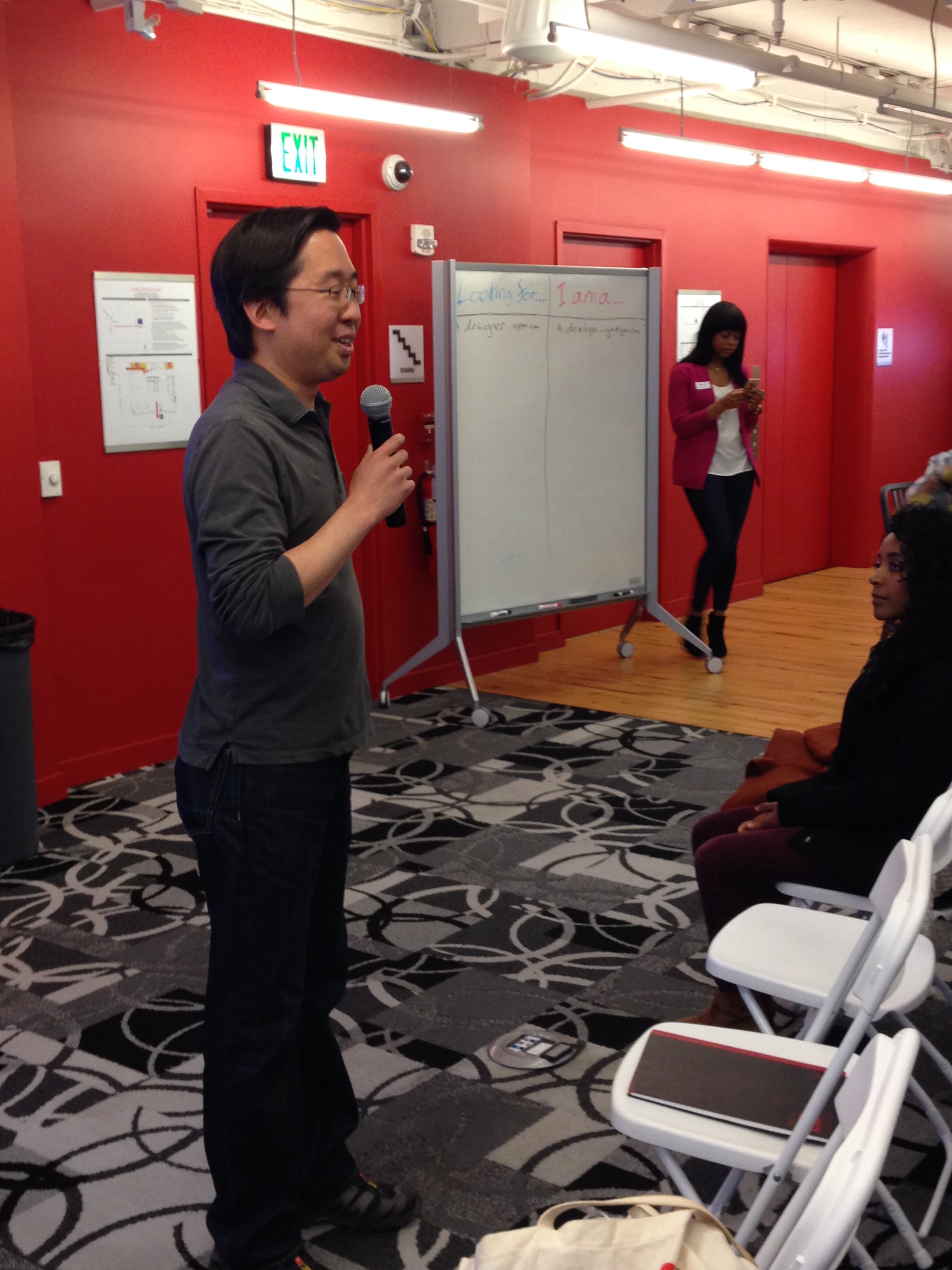 Todd Park thanked the crowd for their investment in civic tech and stressed the importance of those contributions; he also imparted to the room some of his tremendous energy and enthusiasm. Finally, five presenters shared overviews of the five projects to be hacked the following day. These projects included:

Day two: Bright and early Saturday morning, participants reconvened at the cafe, eager to work. The previous evening, each group had outlined its priorities. While most of San Francisco slept, these groups tackled design, development, and marketing issues within the five aforementioned projects.

The groups worked from 9:00 a.m. until 4:00 p.m., taking a quick lunch break and also stopping for snacks. As afternoon slid into evening, the groups presented their work to a panel of judges, highlighting the bugs they’d fixed and recommendations they’d made.

How did we do?

Each project had unique pain points, and each self-selected team had a different skill set. Even so, each team enjoyed considerable success. Here’s a recap of what they accomplished:

Remote contributors to the projects supported the event via a govtechhack slack instance which was created especially for the event. There were even remote participants who were able to join teams and help out even though they could not be there in person

The success of GovTechHack — the bugs fixed, features improved, and awareness raised — was not only inspiring, but it made substantial contributions to the five projects featured. In fact, three of these five projects are live, meaning they’ll benefit immediately from participants’ contributions.

These projects (and others!) could use some additional TLC, though. If you have extra time and want to help your country from the comfort of your home (or favorite coffee shop), visit GovCode, where you’ll find a host of federal projects you can work on.

You can also visit 18F’s GitHub page and filter issues by the Help Wanted tag, which will bring up (you guessed it) tasks each project needs help with.

Thanks to all the participants — both in San Francisco and those who participated from New York and Michigan — who made GovTechHack an enormous success. We’ll see you at the next hackathon!