Last weekend saw thousands of civic hackers from across the country come together to better their communities. For several years, the National Day of Civic Hacking has encouraged government to work with passionate citizens who can further agency missions by building resources that the public needs. We can’t get enough of this. Fortunately, there were more than 100 events across the country!

Here’s just some of what we worked on together: 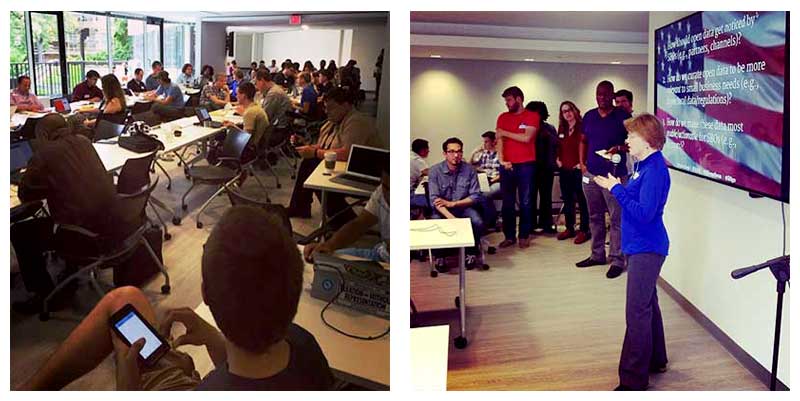 Scenes from the event in Washington, D.C.

Washington, D.C.: The Small Business Administration and Census Bureau organized a great event, emceed by our Justin Herman, that focused on building tools that use robust CitySDK, an open source toolkit built by Census. In addition to six projects that integrated this, a team led by our Gray Brooks also built theunitedstates.io/APIs, a campaign that organizes the various catalogs of federal APIs to make it easier for developers to discover what web services the government offers.

San Diego, Calif.: Open San Diego produced the San Diego National Day activity, which took place downtown at Fab Lab. Former San Diego Mayor (and current Councilman) Todd Gloria was on hand to answer questions from the audience of programmers, urbanists, designers, municipal staff, makers, parents, and teens. Anchored around hands-on participation for all levels of experience, the afternoon session centered on team-centered code development challenges. In the first sprint our own Kara DeFrias, who lives in San Diego, led a protosketching session for a Street Sweeper app. We got from markers and drawing to working code in less than an hour! 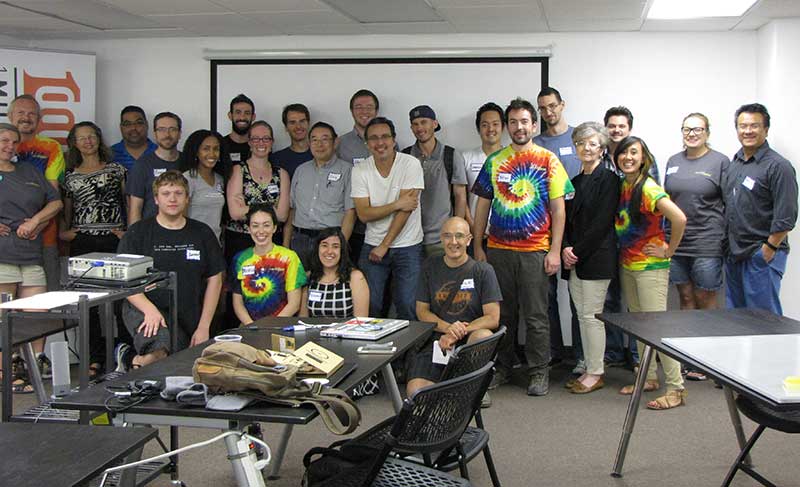 Civic hackers at the event hosted by Code for Tucson

Tucson, Ariz: Code for Tucson, co-founded by our own Michelle Hertzfeld, hosted an event at CoLab Workspace. By the end of the day, volunteer teams of organizers, programmers, designers, thinkers, and communicators had made new tools for their community, including:

Dayton, Ohio: Our Dave Best led Code For Dayton’s event at Tech Town. During the event, we:

We want to extend our thanks and congratulations to all of the organizers who put together events across the country. We had a great time collaborating with you on these projects. Civic hacking events like this showcase the innovations that are taking place across government, and truly engage the public in developing the services they need. Let’s keep it up.

“How digital humanitarians responded to the Nepal earthquake”