The coding Bechdel test, as described above, is a variant of the original Bechdel test, which was created by writer and graphic novelist Alison Bechdel. The Bechdel test was originally designed to evaluate works of fiction. A work passed if at least one woman had a conversation with another woman about something other than a man. 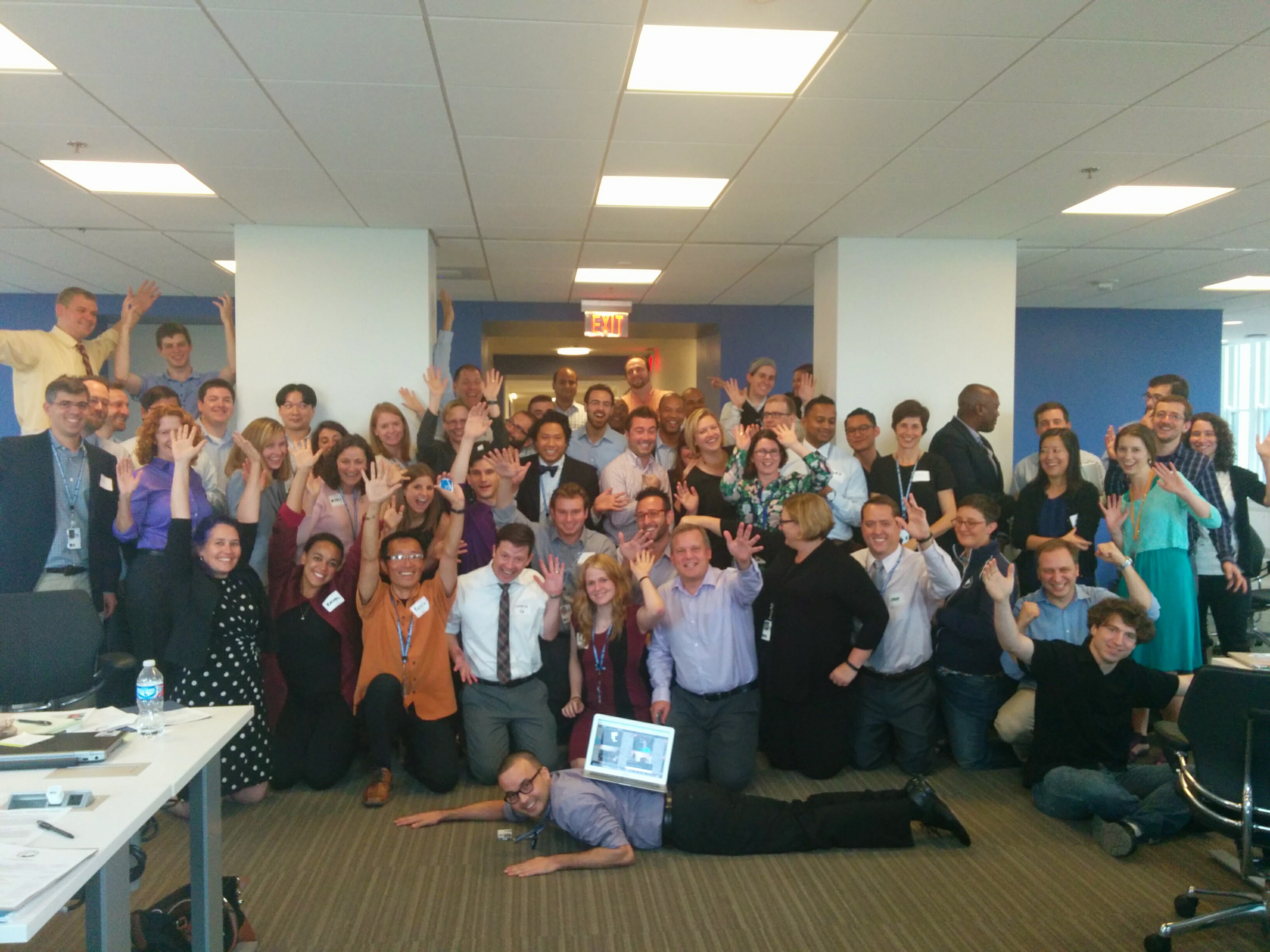 Kaitlin posed the question to a group of 18F employees, which prompted a long conversation about our internal values and culture. The conversation started with us quickly listing the projects that passed the Bechdel coding test, but then shifted after one of our devs then raised a good point: She said some of our projects had lots of female devs, but did not pass the test as defined. 18f.gsa.gov, for example, uses a framework and language called SASS to generate the styles used on each page. The overwhelming majority of our custom SASS was written by a woman, and another woman wrote a significant amount of HTML that relies on that SASS, but because neither language has “functions” it fails the test.

The conversation also caused us to think about how we holistically evaluate our inclusivity as a team. There are also many roles on our product teams other than developers that are just as important to the success of a product. Visual designers, content designers, user experience researchers: all of these roles are critical to shipping a product. Is there another way of evaluating our teams that takes these roles into consideration? This test is also limited with respect to other protected classes. It only addresses gender: race, socio-economic status, disability, and others are important considerations when building successful, diverse teams.

Nevertheless, a “Bechdel Test for Code” is valuable because it addresses that tech as a whole has issues that it needs to surmount. Gender balance in engineering, therefore, needs to be acknowledged specifically even if this test isn’t the only way we measure inclusivity at 18F. It is a conversation we will continue to have at 18F to make sure we are building a team that looks like America and works like America. As our projects become Bechdel compliant, we plan to note the change.

OpenFEC - Redesigning how the FEC shares the information they collect and the regulations they enforce, both as structured data and in robust, human-readable formats.

USCIS projects - We are helping to re-image and modernize immigration and visa processes: building tools that improve the applicant process, providing clear and simple information to the public, and creating new tools that make the processing of immigration forms faster and more efficient.

CALC (not yet released) - CALC is a tool to help contracting personnel estimate their per-hour labor costs for a contract, based on historical pricing information.

Data Act - Consulting engagement to advise on the federal spending data standards and corresponding pilot project mandated by the DATA Act. Kaitlin Devine mentions, “There isn’t actually any code associated with this right now, only static content. We will have some in a few weeks which will pass the test.”

(Help us change that! You can fork any of the projects below and help us out!)

myRA - Landing page design for Treasury’s My Retirement Account program, which will provide a simple, safe, and affordable way for individuals to start saving for retirement.

FOIA - A new tool to search for the correct agency or office to make a FOIA request.

MyUSA - A digital services platform for Americans to register, sign in, and manage ongoing transactions with U.S. Federal Government services.

/Developer Program - A suite of tools, resources, and consulting services to assist agencies in the production and management of government APIs. This two-year-old program was adopted by 18F to scale out its impact and to grow the government’s API portfolio.

PeaceCorps.gov - A redesign of peacecorps.gov, offering a new, user-focused experience for users.

api.data.gov - A hosted, shared-service that provides an API key, analytics, and proxy solution for government web services. We are currently accepting clients for this free service: contact us to learn more.

Midas - A platform that facilitates collaborative work worldwide. Individuals can create projects, propose working groups, or assemble “tiger teams” to act on their ideas. Anyone can also post tasks online and people with the requisite skills can respond and complete the task.