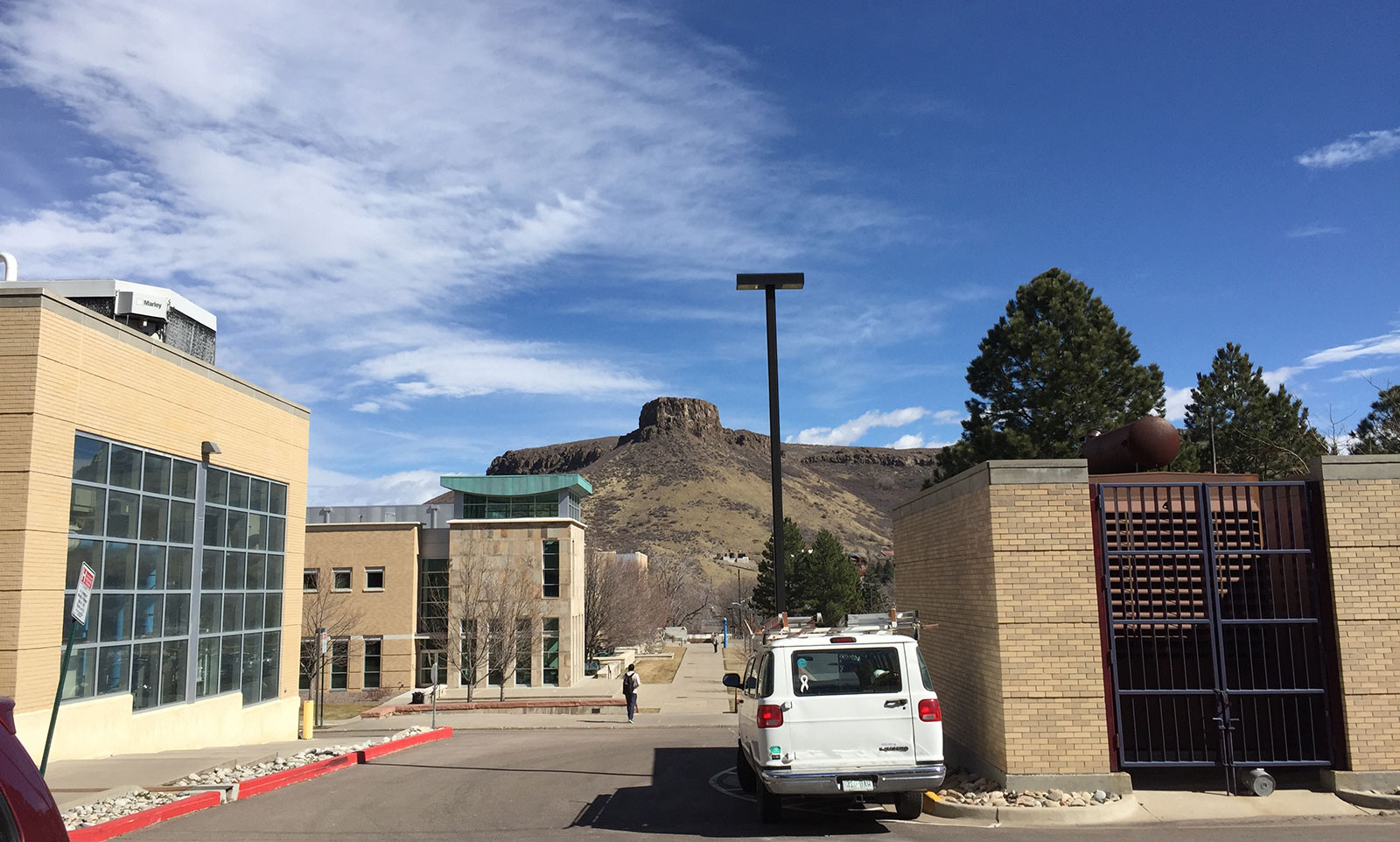 The view from the National Earthquake Information Center’s office on the Colorado School of Mines campus in Golden, CO.

On January 28, 2016 people living at the Jersey Shore felt a shake. New Jersey, like most Mid-Atlantic states, has a relatively low probability of earthquakes, especially compared to a place like California. Despite the probability, the ground shook, sensors felt it, and earthquakes were reported to the United States Geological Survey’s (USGS) National Earthquake Information Center.

But if you were in the area, you probably saw some fighter jets fly overhead just as the ground began shaking because it wasn’t actually an earthquake that took place. What residents in NJ felt was a sonic boom, a phenomenon caused when an object exceeds the speed of sound. Even though it’s not an earthquake, those shock waves can be powerful enough to create seismic activity.

I learned about this incident after visiting the National Earthquake Information Center’s web team at their office on the Colorado School of Mines campus in Golden, CO. I wanted to learn about this open source team’s role in public service, and they were happy to explain what happens whenever the earth shakes.

Here’s the rundown: When the ground shakes, sensors and humans around the world send reports to the USGS, kicking off a chain of events (described in this PDF) to alert scientists and the public about what happened and where, whether it was likely an earthquake, and what the economic and human impact might be. Our understanding of the event then becomes more accurate as more and more data trickle in. Large earthquakes can cause hundreds of millions of dollars in damage, take hundreds of lives, and trigger other disasters like fires and tsunami. Earthquakes are unpredictable. When they happen people need information fast. So when a big earthquake hits, the web team must have a tough day, right?

“Not really,” said Lynda Lastowka with a smile, “not anymore anyway. Everybody else does.”

Not too long ago, this team of six would have had a bad day keeping this system alive during a significant event. According to their web analytics data, they can see up to 20 thousand requests per second starting in an earthquake’s first five minutes. That’s 6 million page loads in five minutes, 2 million more than they’ve seen so far in the last 30 days.

The site is typically the top domain within the U.S. Interior and received more than 3 million pageviews in the last 30 days; second only to the National Park Service within Interior’s vast array of online offerings.

“With a product or a startup, you can kind of predict when you’re going to have a big day and spin up some more servers,” Eric Martinez from the earthquakes team told me. “For us, we could have that big day right now.”

A larger part of the team’s work is replacing legacy pieces of the system that were developed long ago and never supposed to make it into production. That is not always an easy task, and it’s even harder to open source these systems. For example, one system is a script that generates and then calls a series of other scripts.

“And the best part,” Martinez said, “is that all those intermediary scripts get deleted at the end.” This system wasn’t designed so much as it was assembled over time to automate or process things for the earthquake team.

As they attempt to update this system, they’re starting with the most important processes and making them better. They find that being open and working iteratively helps set expectations for their customers in the USGS and for their end users, too. Those end users range from members of the public to engineers who have to plan buildings in earthquake-prone areas. If the team fix a bug, they release it publicly so that everyone can see the immediate progress rather than trying to keep lots of different people up to speed over individual emails.

The benefits of open source narrative often focuses on contributions and reuse of software, and the earthquakes team definitely does that. A lesser told story, though, is around the benefits gained from the hyper transparency of working in the open. As we saw at the EPA, working openly helps keep the earthquake team’s primary users and stakeholders informed while also providing a public record of how the system works. When working with a system as important as earthquake information, the public needs to be able to verify the system’s accuracy and trust that problems will get fixed. Working in the open does both and lets the team focus on making sure the public is getting the best information available, as soon as possible.